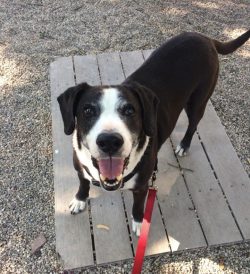 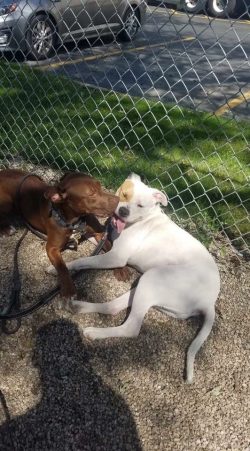 The grant funds were used to send me (Heartland Animal Shelter’s shelter and dog program manager) to the Dogs Playing for Life mentorship program at Austin Pets Alive! in Austin, Texas.

The grant allowed me to get formal, immersive training in running playgroups. Rather than rely on trial and error and my own experiences, I benefited from a master class of seasoned professionals. The two leads for the DPFL program were so knowledgeable and helpful and gave me the confidence to handle introducing new dogs to each other rather than relying on the same helper dogs or pairs of friends and potentially burning those dogs out. The grant has allowed me to expand the playgroups I conduct to include every single big dog in our care; they all have at least one friend. Since my mentorship program, I have also trained a number of volunteers to run these groups on their shifts, and a formal training and documenting process will be put in to place in the coming month!

The grant helped and helps all of the dogs in our care on site. We have about 20 big dogs at any given time, and all of them have been able to have at least one friend and are socialized to other dogs at least once a day now.

When I returned from the training in November, I was determined to get our longest-term dog, Blade (first photo), into a playgroup. For his entire tenure at the shelter, he had never interacted with another dog because we believed him to be too reactive. During the training, I could not stop thinking about how wrong that was, but I knew I had to introduce him to just the right kind of dog. Because of the DPFL training, I was able to identify the perfect “helper” dog for Blade. The week I returned, I had a friend from another shelter who had also gone through DPFL training come in and help me. The experience was magical: Blade’s tail was wagging and, despite his age (12), he was prancing like a young pup! After Blade had played for 10 minutes with the first helper dog, I brought in another. Seeing Blade play with not one but two dogs, after such a long period of social isolation, was wonderful to behold. 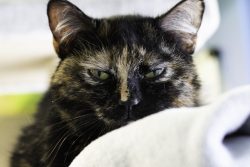 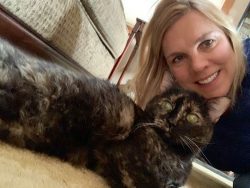 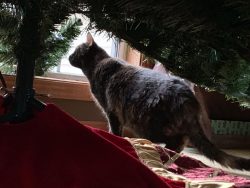 The Senior Pet Adoption Assistance grant was used to help promote Thyme for adoption, waive her adoption fee, and cover her medical expenses for life.

This grant helped us adopt out our longest-term feline resident, Thyme, who had been at the shelter for almost four years. She went home just in time for the holidays!

Thyme was our longest-term resident cat and had been at the shelter for almost four years. Because this much-adored senior has medical issues including epilepsy and is on lifelong medication for this condition, it was a challenge to find an adopter willing to welcome her into their lives. Removing these barriers to adoption and offering ongoing support to potential adopters made it easier for them to consider her. Before we knew it, she had multiple adoption applications (after going years without a single one) and this special and deserving senior was adopted into a loving home! 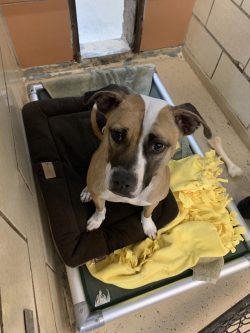 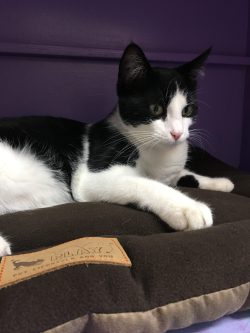 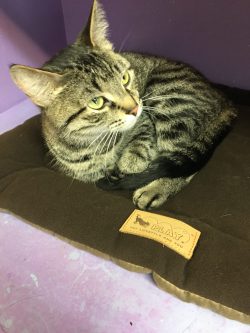 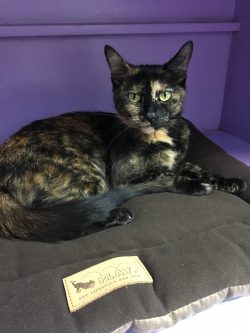 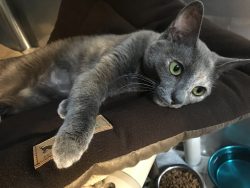 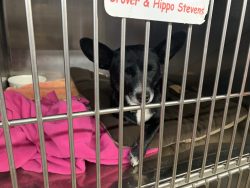 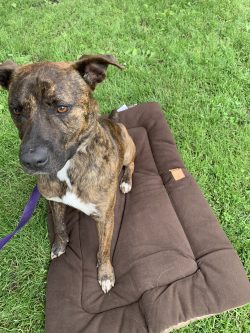 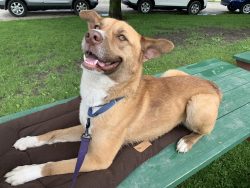 As a finalist in the P.L.A.Y. Warm Bellies Voters’ Choice Poll, we received 10 Special Edition Chill Pads for our shelter’s cats and dogs!

The Chill Pads have helped us provide soft, comfortable places to sleep and relax for the cats and dogs in our shelter’s care. We distributed five beds to the cats and five beds to the dogs and all of the animals took to them immediately! The beds are so warm and inviting and have been giving our adoptable animals much-deserved comfort and security in their cages and kennels while they wait for beds and homes of their own.

One of our dogs, Paige (first photo), had been waiting for surgery on her knee. She is a large dog and our kennels are made of brick and concrete, so the Chill Pad provided her with a wonderful cushion for her joints and a sense of comfort and security when she needed it the most. Paige has not yet been adopted but just received surgery this week and is now recovering in a foster home, so her bed was able to be given to another dog in need at the shelter! 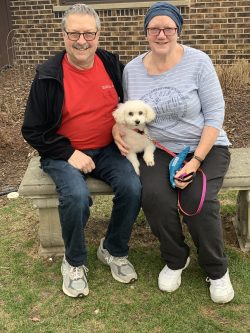 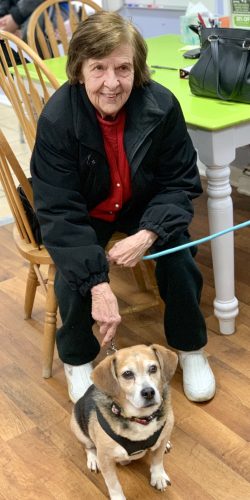 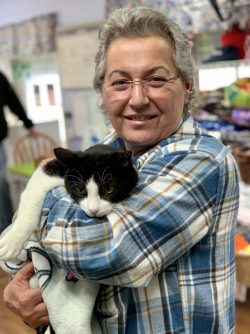 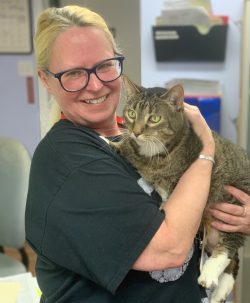 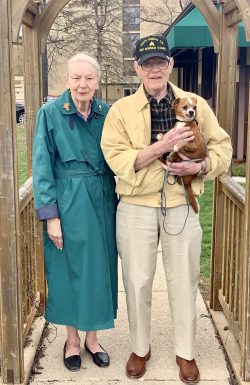 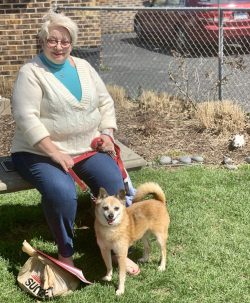 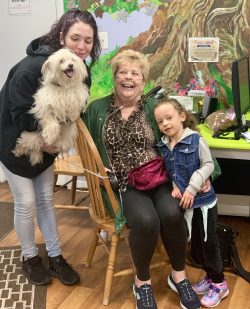 This grant allowed us to place special focus on our senior animals and help get them adopted. When senior adopters visited us, we encouraged them to meet some of our older cats and dogs who were in need of loving homes, and in most cases, these adopters found their match in a senior pet! Waiving the adoption fee as part of our Seniors for Seniors program not only brought more visitors into the shelter, but helped a number of seniors adopt our deserving senior cats and dogs who are often overlooked.

This program was an overwhelming success and we ran out of grant funds before the end of the grant period. Thanks to this grant award, we have found support in the community to help us continue this Seniors for Seniors promotion even longer. We hope to make this a permanent adoption program in the future.

Sparkles, a 10-year-old miniature poodle mix (first photo), came to us as a rescue from Chicago Animal Care and Control. Her mouth was in severe pain and, after seeing multiple specialists to determine the cause, it was discovered that she had lymphoma. However, her senior adopters met her and fell in love and decided they would give her the best life possible with the time she had remaining. Now, following surgery and with supportive care, Sparkles is still going strong and is happy, pain-free and loving life!