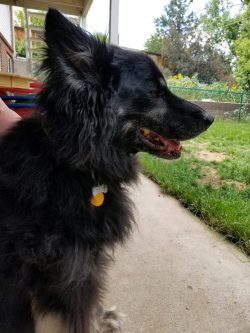 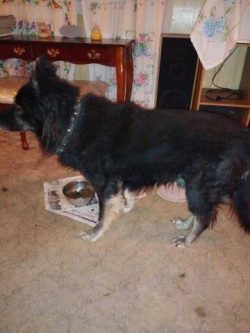 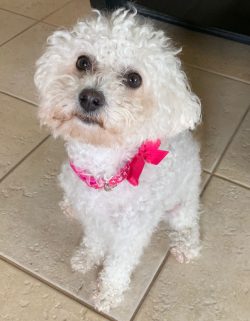 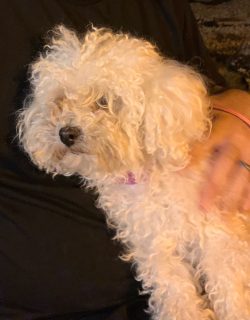 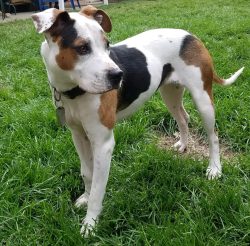 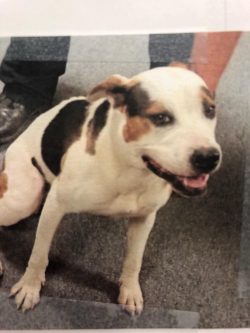 Our $992 Orvis grant is currently being used for behavior-modification training of three dogs to get them ready for adoption. We used $119.12 to purchase necessary training and enrichment tools such as four Gentle Leader head collars, four Kong toys, and training treats. The remaining $872.88 is covering the training costs.

The Orvis grant is supplying these dogs with necessary behavior modification to assist in issues such as separation anxiety and under-socialization resulting in minor aggression, and to work on confidence-building. These components go beyond the standard training our dogs get – walking on a leash, potty-training, and basic commands (sit, stay, etc.). The reason for this is that these three dogs demonstrated escalated behavior issues that we feel are barriers to their adoptions. Each of these dogs has been residing in a foster home, making it easy for us to detect their behavior issues and monitor the progress they’re making. The training sessions are being completed by Marie and Tyson of Canine/Feline Behavioral Counseling, and we estimate their training will be completed by the end of September.

Creflo (first photo) has had a long but sheltered life. He spent his 10 years alive with one person in one home (second photo). He was not introduced to the outside world, making his new life, since his owner died, very scary. When Creflo’s owner passed away, a local shelter in Southern Colorado asked if we could bring him to Denver for a chance at adoption.

Demi’s Animal Rescue decided to bring him in and sent him to a foster who was ready to relax with an old dog. Unfortunately, within the first 24 hours, Creflo’s fear began to show through. He was refusing to get off the couch and proceeded to growl and snap at the foster parents.

He was immediately relocated to another foster home, where he spent months slowly gaining his confidence in a new environment. He progressed from refusing to go out to the yard to making it to the end of the driveway, and eventually was able to go for short walks around the block. After some time, Creflo had to once again move to another foster home for snapping and growling at the husband in the home.

This time we got Creflo into one of our most experienced foster homes that has taken behavior cases for us before. Since his arrival, he has blossomed with the other dogs, but things have continued to be a challenge, such as trying to get him in a car for vet appointments. We have found a mobile groomer to slowly work with him to trim his nails and remove his mats. While we work on a mobile vet to see if he may be in some pain due to his arthritis, Marie of Canine/Feline Behavioral Counseling is helping him adjust to the new world around him.

He is being helped to become socialized to new things and to allow people to complete tasks that are necessary for his health and quality of life.

Despite these issues, he still gets along well with other dogs and he’s really sweet – which makes us feel like he’s still worthy of being adopted to a good home.

So here’s how the trainings going to help him: Training will help him realize that his new world isn’t so scary and people are around to take care of him and help him live out the rest of his years to the fullest. Training will also help his new adopter gain the ability to get him where he needs to go and to take care of him properly by managing grooming, vet visits, nail trimmings, etc.

Given his cranky and grumpy disposition and the challenges of transporting him, the trainer comes to him.

He has not been adopted yet, but we have high hopes! And we are happy to follow up with the Petfinder Foundation once he has. Creflo’s listing can be found here.

The other two dogs who were chosen to benefit from the Orvis grant are also still in our care, but getting close to being adoption-ready! One is a small dog named Coco (third and fourth photos) whom we took from an abusive owner. We thought she was ready to be adopted, but she was quickly returned due to conflict with the other dog in the home. We are reevaluating her, as some new concerning behaviors have shown up. We are going to let her decompress and work with Marie to build her confidence so that the next home she enters will be the last! Coco’s listing is currently inactive due to the demand for her breed. We are waiting for her training to be complete before making her available and searching for the right home.

The last dog’s name is Ellie (fifth and sixth photos); she is getting help with her lack of confidence and under-socialization, which are causing concerning behaviors. She is very new to our organization and we are starting off her journey with us by letting her decompress and helping her adjust to her new surroundings while Marie guides the foster parents on how to prepare her for adoption.

Ellie’s listing can be found here.