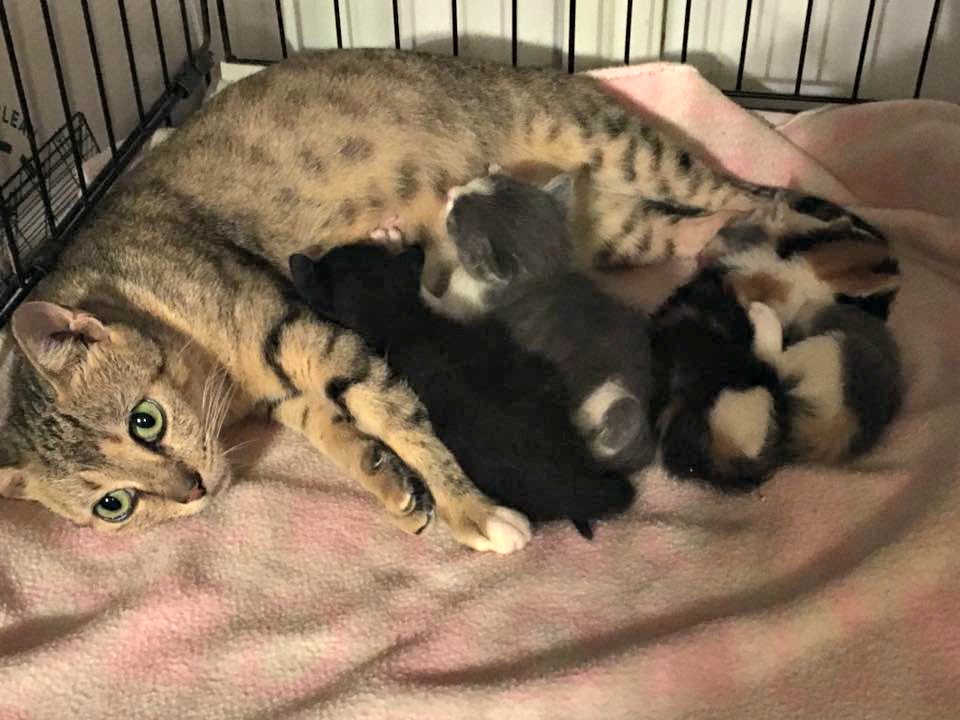 A litter of kittens rescued by Purrs of Hope had to be provided with a nursing mother.

Thanks to your donations to our Disaster Fund, we’ve been rushing donations to shelters and rescue groups working to save pets from the historic flooding that devastated Louisiana on August 13, 2016. 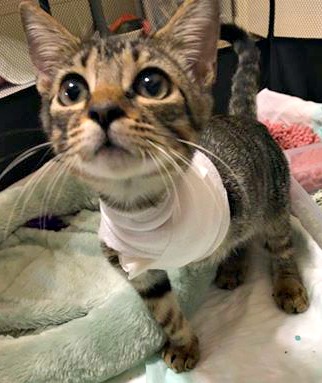 Purrs of Hope Rescue
We sent a $1,000 grant to Purrs of Hope Rescue in Hammond, La. “We took in 41 cats from Tangi Humane Society, a local shelter that flooded,” President Angela Bourgeois tells us. “[In total,] we have taken in 64 cats and kittens impacted by the recent flood. Our total cats are [now] over 200.”

None of the new cats had any vetting. All needed to be spayed or neutered, vaccinated, combo-tested and given basic intake care, and some were sick and required immediate treatment. Thirty of them are receiving ringworm treatment; some are on antibiotics for upper-respiratory infections.

Among the cats taken in by the organization as a result of the flooding: A litter that fell through an attic roof and needed to be provided with a nursing mother, and another litter that had been without a mother for several days. This latter group of kittens were emaciated, flea- and worm-ridden and suffering from severe upper-respiratory infections; one (pictured) was injured and had to have his leg amputated. “We want to give a huge THANK YOU to the Petfinder Foundation for awarding us a grant that will help us provide the necessary vet care to these cats and kittens,” Bourgeois says. 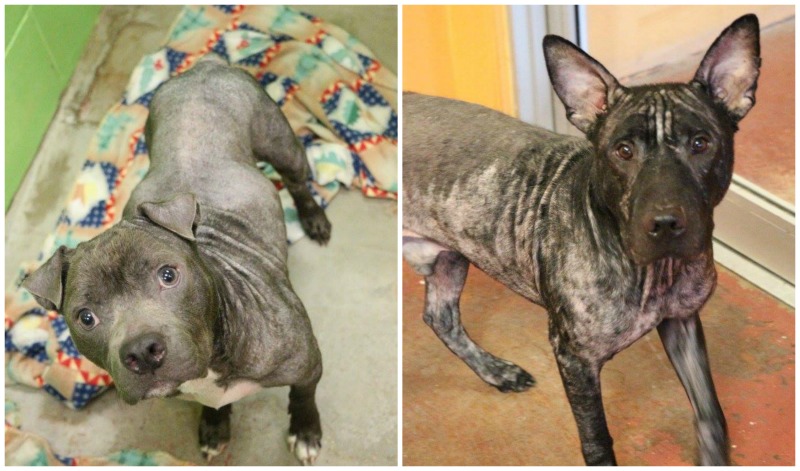 Brody (left) and Roger were taken in by Zeus’ Rescues and are receiving treatment for skin conditions.

Zeus’ Rescues
Our $2,500 grant to Zeus’ Rescues in New Orleans provided medical treatment for animals who came from flooded shelters in the Baton Rouge area. “This grant helped our organization when we were in a really tight spot,” Volunteer Development Director Kellie Grengs says. “We had zero funds to support the medical care of 200+ animals that our small volunteer rescue brought in over the course of two weeks. The funds allowed us to quickly get medical attention to the neediest cases.”

Among those helped were Brody and Roger (above), who, along with about six other siblings/parents/aunts/uncles, were found trapped in a flooded trailer in Denham Springs. Other dogs in kennels in the yard had drowned and died. Brody and Roger were able to stay afloat inside the trailer that they had been locked in. Both dogs are being treated for severe skin issues and other medical problems related to floodwater exposure. Although they are shy, both are now wagging their tails and eager to please. They are currently in foster care and also available for adoption, and hoarding and animal-abuse charges are pending against their former owner. 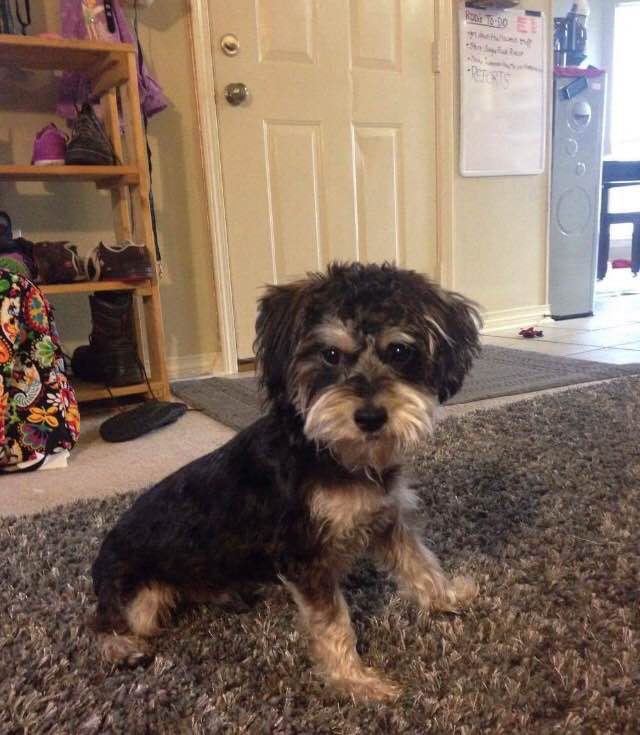 Sebastian was in bad shape, but is now healthy, happy and adopted.

Bark And Roll Rescue Companions
We also sent a $1,500 grant to Bark And Roll Rescue Companions in Baton Rouge, which provided care for multiple animals (a kitten found in the flood, a stranded fawn who was released back to its mother after the waters receded, and seven dogs suffering from flood-related illness and injuries) and also microchipped 75 dogs and cats living with their displaced owners in the Red Cross shelter (three of those dogs have since been separated from their owners and and then reunited with them thanks to the chips).

“We were also able to spay/neuter, vaccinate and prepare six dogs to be transported to Virginia to another rescue when their foster homes were flooded,” Bark And Roll President Dana Kahn says. “This grant also provided the financial assistance to board a couple of our dogs when their foster mom’s home was under four feet of water until safe housing could be obtained.”

Among the dogs helped by the grant was Sebastian (pictured), found sick, scared and severely matted after the floods. He had abrasions to his body as well as an upper-respiratory infection that required several rounds of antibiotics. “Due to the generosity of the disaster relief grant, we were able to quickly treat his infections and place him in our adoption program,” Kahn says. “He has since found his family, who adore him, and he has blossomed into the beloved family pet he was meant to be!”

Thank you for your generous donations, which allowed adoption groups to save these lives!