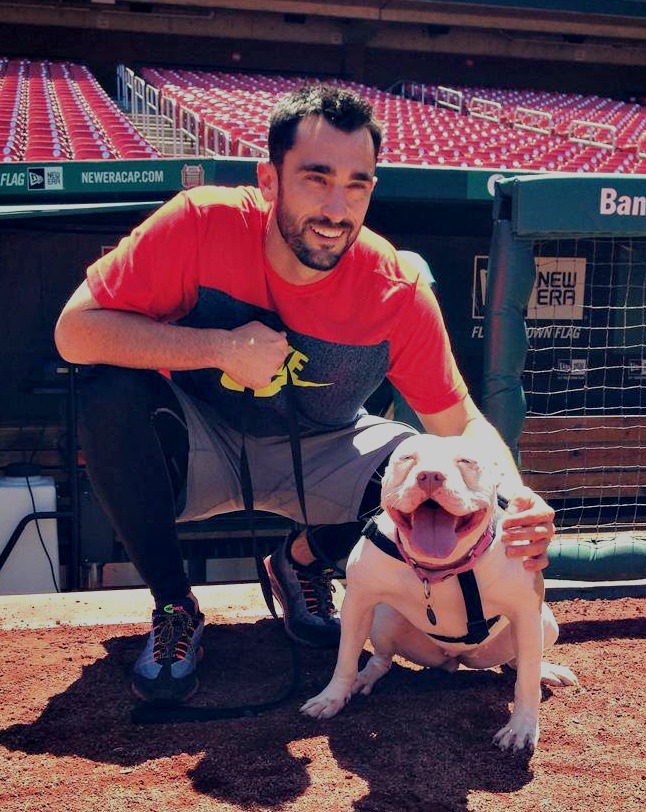 Sailor, the dog whose story inspired the grant, with the St. Louis Cardinals’ Matt Carpenter

In 2015, the Petfinder Foundation gave St. Louis’s APA Adoption Center, formerly known as the Animal Protective Association of Missouri, a $10,000 grant to support its Pet Transfer Program, which pulls pets at risk of euthanasia from nearby urban, suburban and rural shelters and brings them to its own state-of-the-art facility, where those pets have a greater chance of being adopted.

We first learned about the program in 2014 when we received this grant report. We’d given APA a $1,000 grant to promote dog adoptions; it had applied those funds toward the Pet Transfer Program and described the program, and how it had saved a dog named Sailor, in its report.

We were impressed by APA’s spirit of cooperation with its transfer partners and its staff’s willingness to use a variety of tools to get exposure for its adoptable pets, including Facebook, Instagram, mobile adoption events, Sunday-brunch fundraisers, corporate PetCare Pride Days, Pet of the Week features on local TV programs and photo ops with St. Louis Cardinals players. 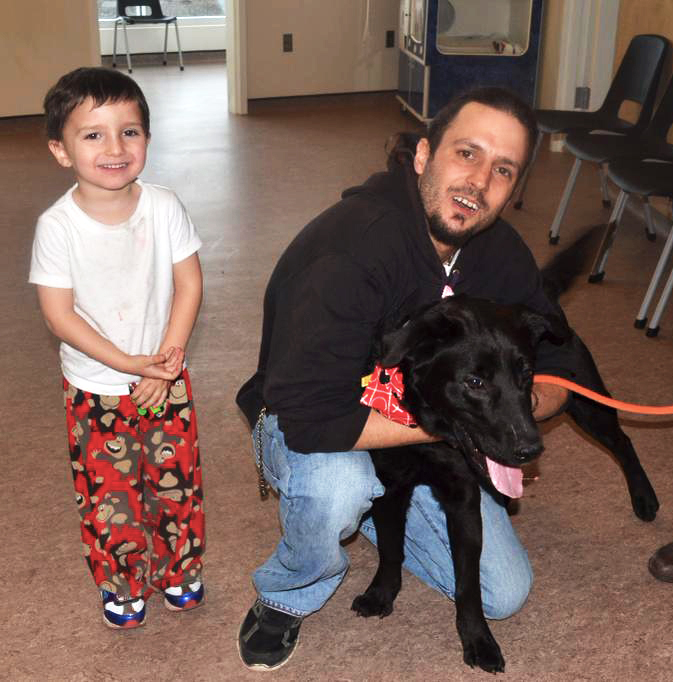 Sheriff spent his life tied to a 1-ft. rope before he was rescued and adopted from the APA.

The Petfinder Foundation gave APA the $10,000 grant to cover the Transfer Program’s expenses for 2015, with the provisos that APA use that time to make the program self-sustaining (covering the cost of caring for transfer animals through adoption fees and other revenue generators) and that, at the end of the year, it put together a best-practices document so that other shelters could replicate the program’s success.

The APA Adoption Center has worked with our local animal control for a number of years, but our official Pet Transfer Program started in 2014. In 2015 we had a total of 19 partners and transferred 1,024 animals to our shelter.

Step 1: Build Trust
One major hurdle we faced from the beginning was that, while our live-release rate at the time was 91%, the APA is an open-admission shelter, not a no-kill shelter. (We currently have a live-release rate of 95% and our average length of stay is only seven days.) So when it came to adding new partners to transfer pets to us, we had to do some relationship-building. 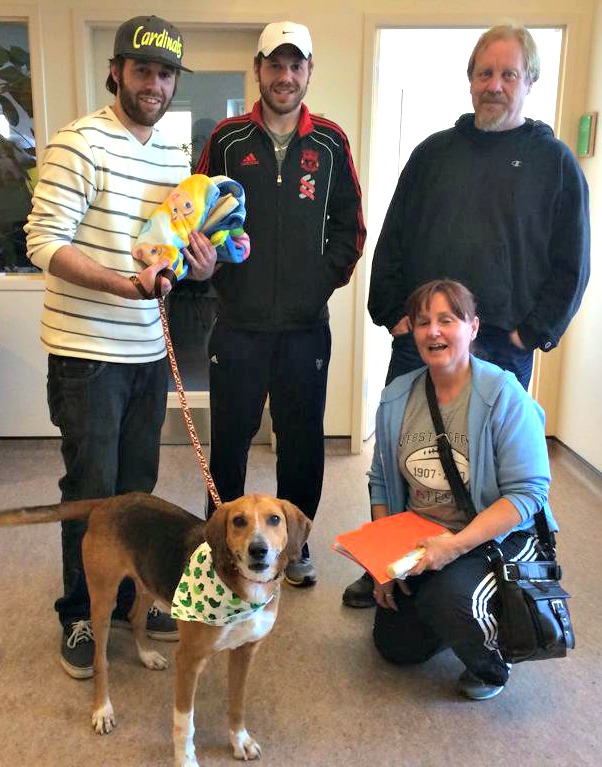 A former hunting dog, Tony had to learn indoor manners before he could be adopted.

The employee who founded our transfer program had to start with a door-to-door approach, talking to one person at a time. Word of mouth is a powerful thing, and once we had a few key partners on board, they were able to help us spread the word. It was important to talk about our great adoption statistics and the fact that we have an average of 2,000 people walking through our Adoption Center each month. This was an eye-opener to many rescue groups whose adoptable pets are housed in foster homes. There is simply no way for those pets to get as many looks when they’re in a home as they do in our Adoption Center.

The fact that we do euthanize still made some potential partners nervous. To get over this hurdle, we offered guaranteed adoption or the option to return the pet. If for some reason an animal ends up not being an adoption candidate, we always provide our transfer partner the opportunity to take the pet back. It is rare that this happens, but the guarantee offered the security that some of our partners needed to get on board.

Some rescue groups started by transferring just one or two dogs to the APA, I think to make sure we would hold up our end of the deal. Once they saw how quickly the pets were being adopted, they started transferring more to us at a time. 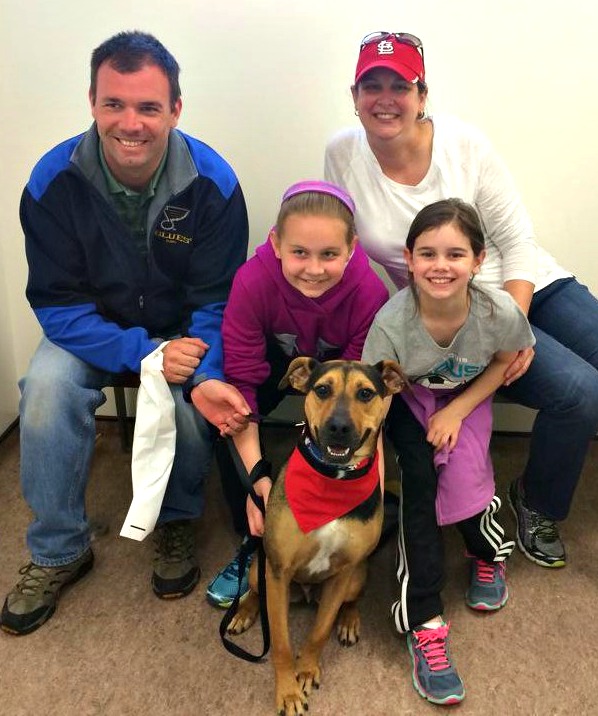 John Jay, who’d been abused, graduated from the Puppies for Parole training program.

Step 2: Make it Easy for Your Partners
Some shelters in rural areas wanted to partner with us, but transportation was an issue. We approached some volunteers who did dog-walking and in-shelter work for us to see if they would be willing to put in some drive time for us. We were pleasantly surprised by the responses! It’s important to check with the volunteers that you already have. Ours were willing to do it — they’d just never been asked.

Step 3: Transfer in Pets You Really Can Place
Time is a valuable resource, so we have to be very clear about which pets we can and cannot place for adoption. In the beginning, we would transfer pets to the APA and then do heartworm tests after they were signed in. We typically will not place a heartworm-positive dog up for adoption, so we would then contact the partner organization to come pick the dog up. This was a waste of time for both us and our partner.

To solve this problem, if we are going to pick the animals up ourselves, we will heartworm-test before we bring the animal back to the shelter. We have even provided some rural shelters with heartworm tests so they can test dogs before they bring them to us. 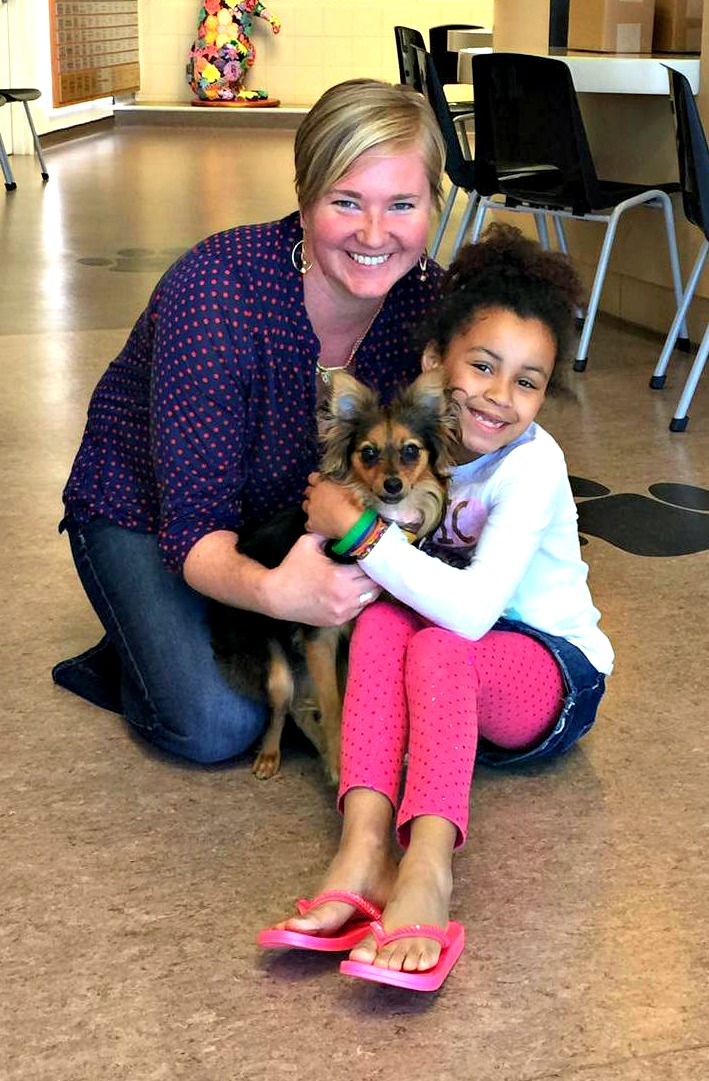 Lana bounced among six homes before finding her forever family at the APA.

We also have to be very clear that we do not place animals who show any signs of aggression or have a bite history. If a pet starts to display that behavior while in our care, we will call the rescue group and give them a reasonable amount of time to pick up the animal if they want to.

Finally, when selecting the dogs we transfer in, we consider the dogs we already have available for adoption in our shelter and try to bring in dogs who will round out our population. The transfer program has really helped the APA increase the variety of adoptable dogs in our shelter. We believe this is part of the reason we saw a 47% increase in adoptions between 2014 and 2015.

Step 4: Make Good Matches
Our adoption process includes a brief interview with potential adopters, followed by a meet-and-greet with the dog or cat. At the APA, we are especially proud of our adoption counselors. They do an amazing job of helping potential adopters pick the right pet for their family. They help make sure the family is selecting a dog that is the right breed, size, and energy level for the household. 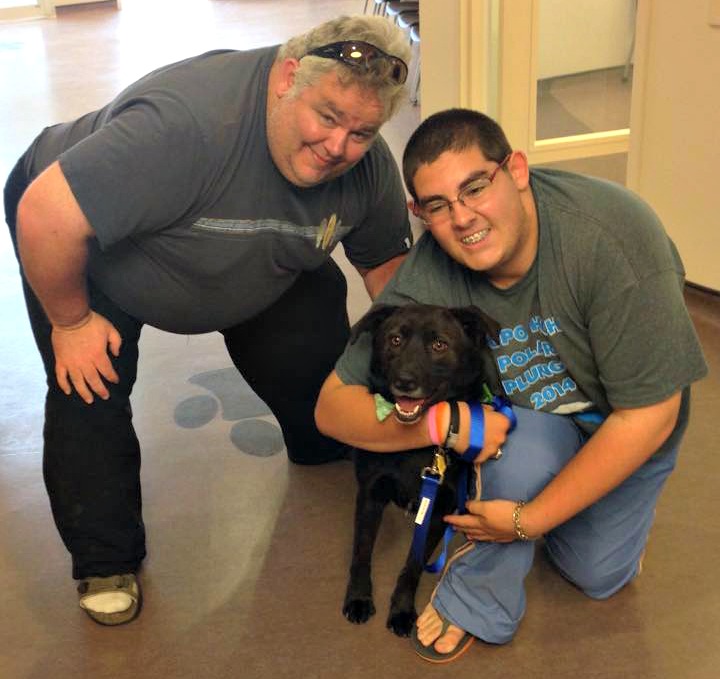 Eddie marked everywhere, but his new family was willing to work with him.

For example, an elderly couple may not be the best fit for a 1-year-old dog who is not leashed-trained and who jumps on people. Our adoption counselors will help them choose a more-relaxed dog. In short, having a variety of breeds for potential adopters to choose from and well-trained adoption counselors are the keys to finding pets forever homes.

Step 5: Make it Pay for Itself
Grant funding is one of the reasons we can sustain the transfer program. Our adoption fees also recover some of the costs. Finally, we have found that collaboration is a wonderful thing that appeals to donors. It has been a great message for us to share with our donor base that in 2015 we gave 1,024 animals a second chance!