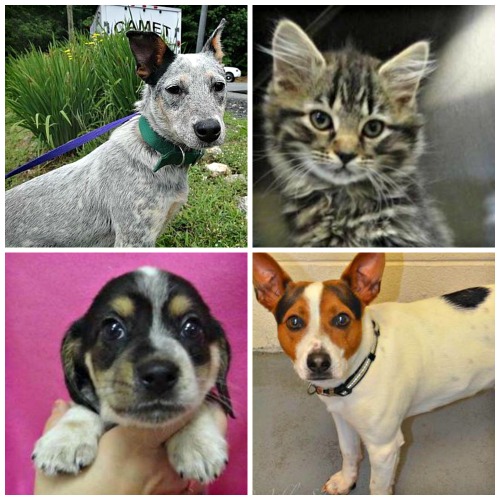 We got these reports from two recipients of our SNAP-X spay/neuter grants.

“Thanks so much for the Petfinder Foundation grant. We have used it to spay/neuter our shelter animals. Miss Kaye was a stray. An out-of-state adopter walked in the door and said he was here to adopt her based on her profile on Petfinder.com. Heidi was a stray kitten whom we were able to quickly get spayed and into her new home. Kurt Russell could jump three feet high flat-footed. He was adopted off Petfinder and fixed with the Petfinder Foundation grant funds. Katie was born in a ditch and her mother was feral. She and her five littermates were all fixed with the grant money and all were quickly adopted. Petfinder is an animal shelter pet’s best friend!” 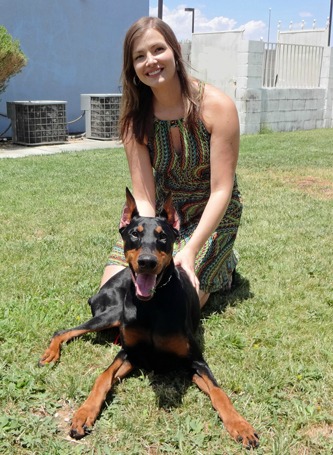 Cassidy with his new mom

Pat Getter, president of Doberman Rescue of Nevada in Las Vegas, tells us about one dog who was neutered thanks to our SNAP-X grant:

“An 11-month-old Doberman was brought to an animal hospital and the owners asked the vet to euthanize him — they said he was showing residual signs of parvo he supposedly previously had. The vet examined the dog, asked some questions, and basically determined that he was a healthy, energetic puppy who did not deserve to die because the irresponsible owners had no clue how to handle him. The vet asked the owners to surrender the dog to the animal hospital, which they did.

“The vet got the medical records from the owners’ previous vet clinic and the clinic said the owners told them the puppy ‘had parvo last week’ so it was never documented by any identifiable veterinarian that the dog had been sick or treated. Vet No. 1 did some additional testing, including an ECG when they thought they might have detected a slight arrhythmia, but the test came back normal. So, once the puppy had a clean bill of health, they called Doberman Rescue of Nevada and asked if we would be able to find a home for this Doberman.

“We were happy to help. Vet No. 1 proceeded with the puppy’s neuter. DRNV was only charged for the neuter and not any of the additional testing.

“Once we posted a photo of Cassidy, we received more than a dozen applications. We are particularly diligent when we have a young, classic-looking Doberman — black and tan, cropped and docked — because it is considered the breed standard and people come out of the woodwork wanting one, many of whom are not qualified to adopt and some of whom want Dobermans for the wrong reasons.

“We ultimately selected a woman who was raised with many dogs growing up, including Dobermans, worked in kennels as a teenager and is dedicated to not only loving and nurturing the boy, but giving Cassidy the obedience training he needs right away at this developmental age to turn him into the fine Doberman he can be.”