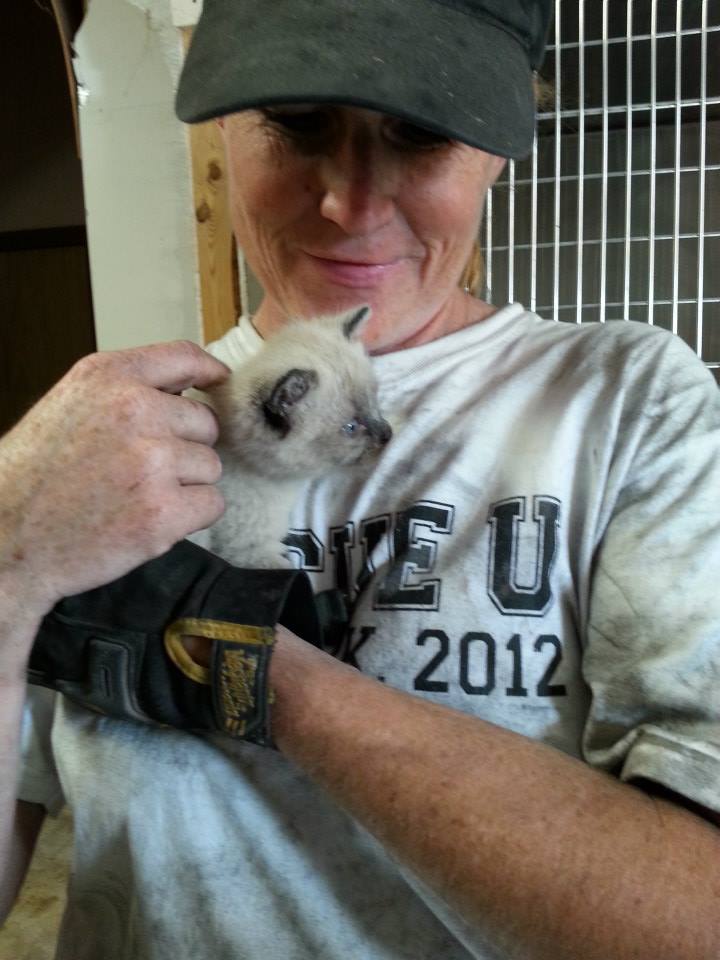 A volunteer with her favorite cat

In May, Rescue U volunteers from Kentucky, Pennsylvania and West Virginia headed to Grafton, W.V., to renovate a cat shelter called P.U.R.R. (People United for Rescue and Rehabilitation) West Virginia. P.U.R.R. is housed in an enormous former elementary school that needed a lot of renovation. Projects included painting, organizing and hanging fiberglass, as well as some fairly heavy construction work.

The team replaced the shelter’s entryway with a new porch after the existing porch, which had been held up with wood that rotted over the years due to water damage, collapsed. Volunteers also created a new storage room and built a new loading entrance to it. A section of the brick wall had to be demolished in order to install a new door.

To create the storage room, the team removed 7,500 pounds of scrap metal from an old schoolroom and built a ramp leading up to the entrance (the scrap metal was recycled and the proceeds went to the shelter!). Volunteers demolished its bathrooms to create a cat intake area, removed the railings from the sidewalk outside the new room and expanded the sidewalk to allow shelter staff to move supplies in via pallet jack.

The artists’ studio that became a cat colony

The major renovations to the shelter have made life easier for the shelter staff and volunteers, and most importantly, more comfortable for all the adoptable cats. As P.U.R.R. wrote on its Facebook page: “Pawesome job at P.U.R.R., Rescue U volunteers!!” 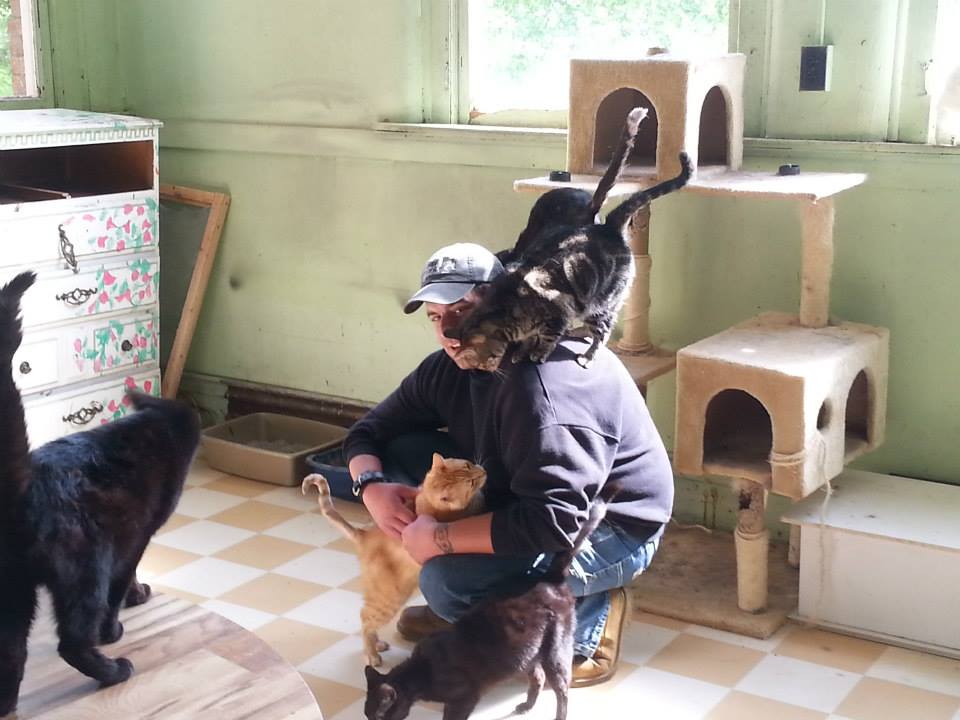 A volunteer makes some new friends.