Rescue U is at it again! We just got back from the Nashville, TN area working with Mars Petcare, which includes Pedigree, helping coordinate their Mars Volunteer Program at five local animal shelters. Volunteerism is the heart and soul of our Rescue U program. Helping Mars/Pedigree by showing their employees how they can improve the living conditions for animals in shelters is yet another way Rescue U is training animal advocates. 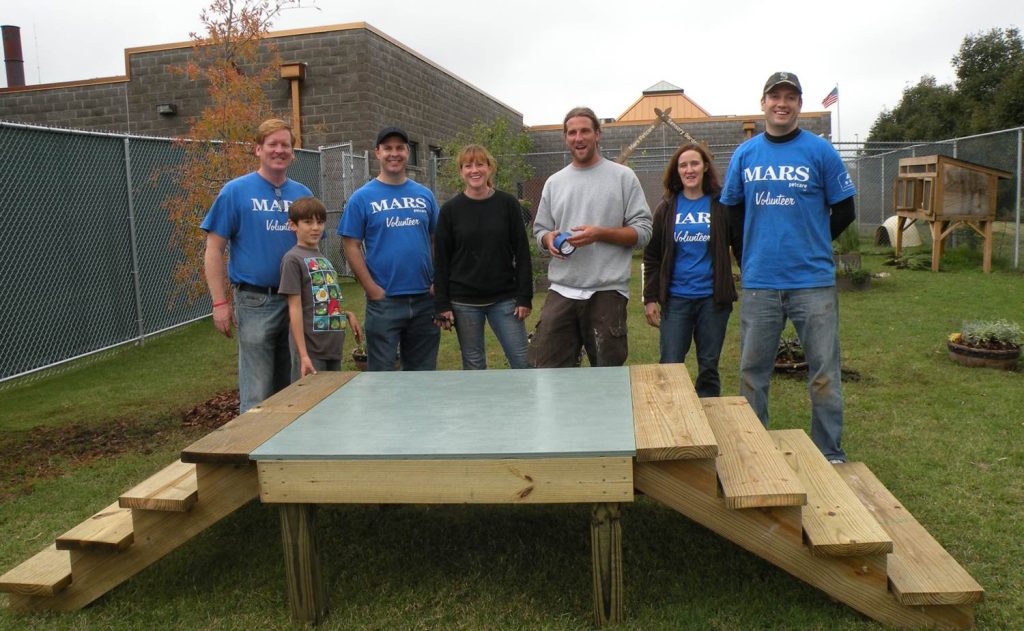 The Petfinder Foundation’s Rescue U team poses with volunteers from Mars/Pedigree behind the agility step platform they built at Nashville Metro Animal Care and Control. This platform will not only give the shelter dogs there agility training, but alleviate fear of open stairs, making them more adoptable.

We worked with the 5 shelters to determine what their greatest needs are. We then designed the projects to be completed in a single day with new volunteers working each day. While that may sound like a simple task, most shelter staff is so busy surviving the day to day upkeep of their animals they don’t even realize what their greatest problem areas may be. They may realize that their cats suffer from upper respiratory issues but not understand the connection between mental and physical health. The same is true for their dogs. They know they are stressed and slightly kennel crazy even though they spend time outdoors, but they don’t realize that most of their outdoor time isn’t productive exercise time since the dogs are hunkered down in the one corner of their play yard that provides afternoon shade. 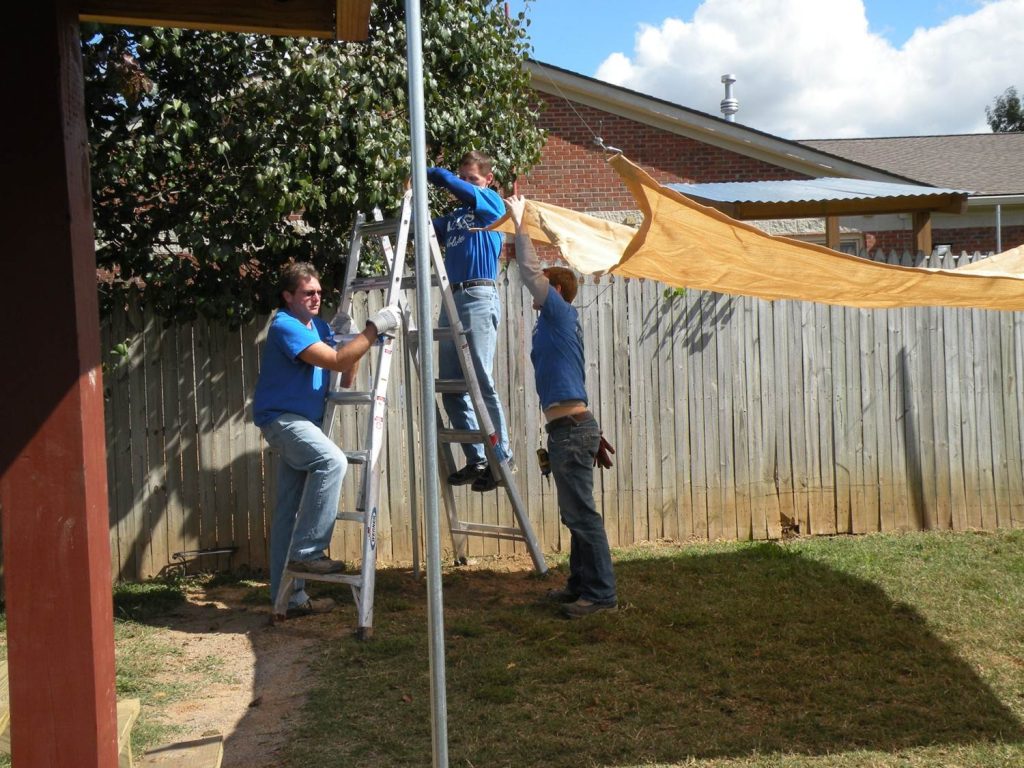 Mars volunteers install sunshades over the outside dog runs at Williamson County Animal Control. The sunshades will shade the yard, allowing dogs to enjoy it year round.

Though these projects were completed in a single week, running Rescue U projects is like running a cooking show. Isn’t it always cool how the onions and peppers are already cut up and put in cute glass dishes? Well that is what Rescue U does. We prep the projects so the volunteers can show up on a Monday morning ready to pour concrete into the mystically graded, graveled and formed concrete pad that was awaiting them. No magic here — just us, working all day Saturday and Sunday getting it ready. The easier we can make it seem for the volunteers, the more fun they will have and the more likely they will be to want to do it again!

The projects the Mars/Pedigree volunteers completed included creating a cat stimulation garden to enrich the lives of the cats in one shelter, putting up shade screens to protect dogs from the blazing Nashville sun, constructing a storage building for food, installing exercise pens, painting, adding shelving, installing wall fans, replacing doors and repairing others, in addition to adding agility equipment, benches and landscaping to make the shelters more appealing to potential adopters. We had a blast on this project! We will have more pictures and video for you soon!