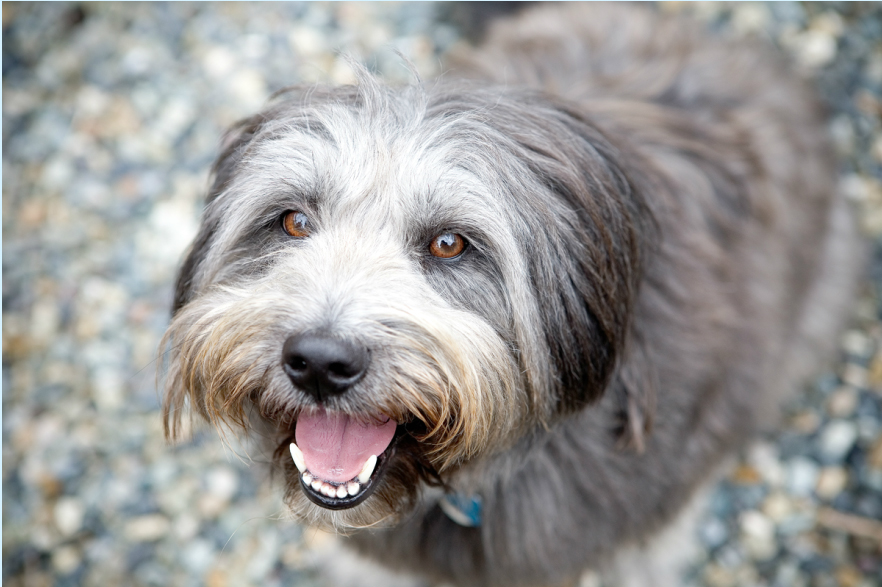 Meet Bear, the inspiration for FETCH!

FETCH, the newest adventure/arcade game from Big Fish Games, features a little boy named Milo and his quest to rescue his beloved dog, Bear, who’s based on a real-life pooch adopted through Petfinder.com.

Game director Chris Campbell adopted the real-life Bear from Saving Grace Rescue in Granger, Wash., in 2008. After Chris and his wife’s beloved dogs, Salvador and Izzy, passed away, they decided to adopt. After searching through hundreds of photos on Petfinder, they found Bear and knew right away that he was the one for them.

As Chris and Bear bonded, Chris started thinking about how he could share the love that he feels for Bear in a fun way. Since Chris works with games for a living, he thought that featuring Bear in a heartwarming game about a boy and his dog would be the ultimate tribute to his best friend.

The game’s makers had the plot, a classic “boy and his dog” story, but they needed to add a fun, engaging, quirky action element. In the game, Bear is nabbed one stormy night by a mysterious fire hydrant (the real-life Bear loves to pee on every fire hydrant on his daily walks, it was only fitting that one be included in the game based on him). Players must then guide Milo in his quest to rescue his dog. Along the way, they are faced with challenges that include reuniting the Three Blind Mice, rescuing a giant alligator, exploring Pirate Islands, defeating aliens and more.

Because Chris and his wife found Bear on Petfinder, Chris wanted to give back in some way. That’s how the partnership between Big Fish Games and the Petfinder Foundation was born, and at the end of FETCH you’ll see the Petfinder logo. I am personally very excited to be involved in this partnership because I LOVE online games, and to find one that gives back to homeless pets was a double win!

Check out FETCH on iTunes, download it at the app store on your iPhone or iPad, or play the online version.

Read more about FETCH and Bear.