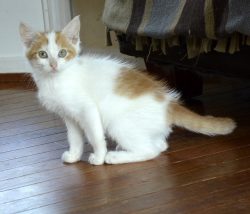 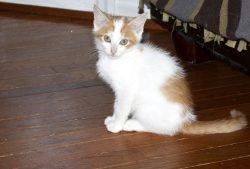 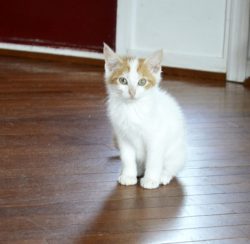 We rec’d vaccines that were used for rescue cats in our care.

We were able to provide vaccines for 100 cats that came into our rescue during the months of August, September, and October. The cats that were helped with this vaccine grant were extremely healthy and our organization had record adoption month because all of our kittens were healthy!

Cosmo came into the rescue with his three siblings – all who had extreme URI’s and other illnesses. Cosmo was the only survivor and he had to be syringe fed for 2 months. Once he was able to eat on his own, he began getting very healthy. After 4 months, he was healthy enough for his vaccine and after he received the vaccine; he was never sick again. He was later adopted into a family who treats him like royalty! Everyone in the rescue calls his “The Miracle Cat!”